Greek postage stamps are issued for the first time in 1861, 21 years after the first worldwide postage stamp was published in England (8.5.1840) and one year before King Otto’s dethronement (1862) from Greece, thus signaling in a way the beginning of the reborn Greece.

The postage stamp is the node where art, state will, ideology and simple everyday life meet in an artistic miniature.

Famous for their artistic value and much desired by philatelists worldwide are the first Greek editions of the Great Heads of Hermes, designed in France by Albert Barre, son of Jacques-Jean Barre, engraver of the first French postage stamps.

country, all the great events that have defined the general history of the land as well as the everyday life of people in all its aspects.

The First Athens Olympic Games of 1896, the Balkan Wars, revolutions and coups, the Resistance, Kingship, Dictatorship, Democracy, the way to the EU, the industrialization, the reconstruction after WW II, ancient Greek, Byzantine and modern Greek art, Greek architecture, painting, cinema, great personalities of the arts and the politics, the nature of Greece with the rare flora and fauna, to the folk culture, and many other themes in commemorative or thematic series are exposed and preserved in the Philatelic and Postal Museum.

The exhibition consists of two halls.

The first is devoted to the history of Greek post offices and their long-standing course from 1828 until today. The first post office boxes since 1895, letter marking machines, letter weighs, postal trumpets, handbags and postmen uniforms, telephone sets, etc. are displayed.

In the second hall, the visitor can see, among other things, the first Greek stamps with Great Heads of Hermes (1861), of which the aesthetic, artistic and historical value is unique. There are also preserved the copper engraved plates used for their printing, models, sample stamp sheets and their color scales,  first day covers (FDCs) first day envelopes, etc., from series of stamps designed by artists such as painter D. Biskinis and engravers A. Tassos, Kefallinos, et al.

Much of the exhibits are dedicated to Olympic postage stamps, since Greece is the first country internationally to publish stamps dedicated to the 1896 Olympic Games that took place at the Kallimarmaro Stadium.

On the first floor of the building there is a meeting room, for projections and other related events. The same space houses also a library with a large number of books and archives for postal history and philately. There are also included books, magazines, exhibition directories, auction catalogues, manuscripts, museum catalogues, albums, and archive material. The first philatelic magazines of the 19th century, among other things, philatelic albums, legislation related to the Hellenic Post and stamps from the second half of the 19th century to the modern era. 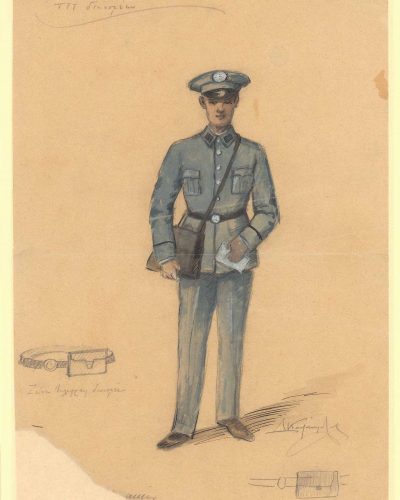 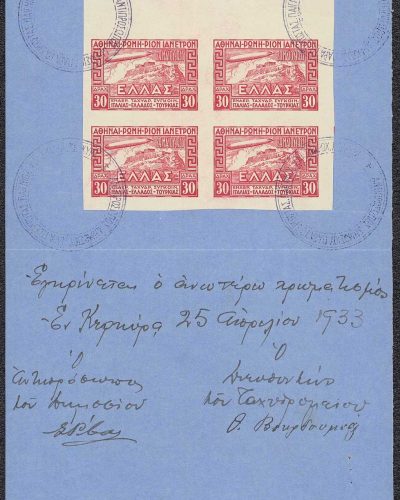 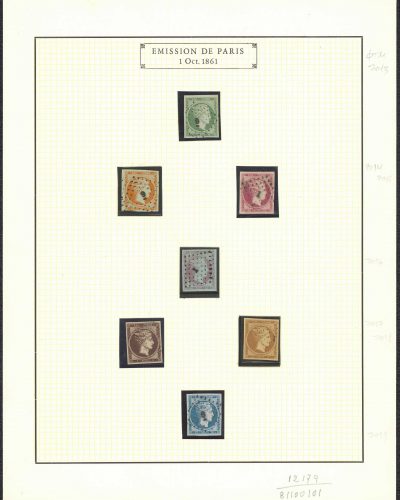